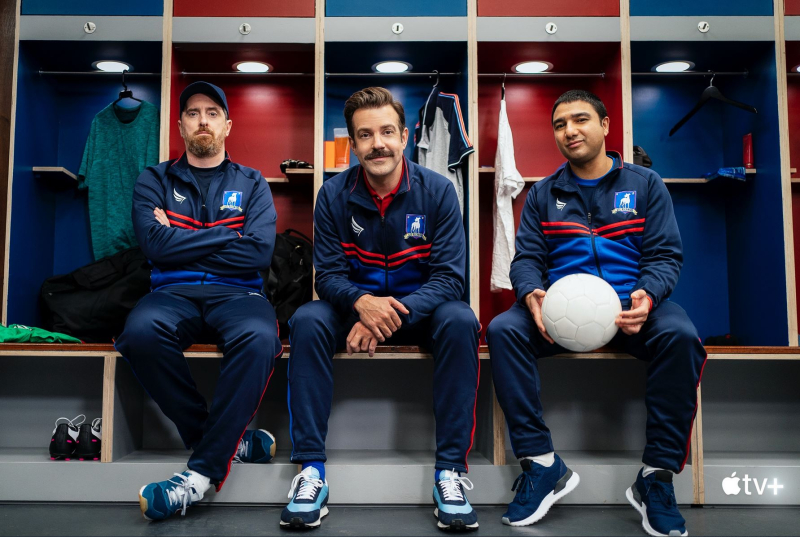 One of the hits last year on Apple TV+ was Ted Lasso. It was so popular that the show was signed on for both a second and third season. Fans of the show will glad to know that season 2 has begun shooting as noted by the Apple TV+ post below featuring Brendan Hunt (aka Coach Beard), title star Jason Sudeikis, and Nick Mohammed (who plays kit man-turned-assistant coach Nate Shelley).

Another cast member confirmed the beginning of filming via Twitter. Kola Bokinni, the actor who portrays AFC Richmond player Isaac, posted, “Happy season 2 start day #tedlasso.” The hit series has already been renewed through Season 3 on the streamer.

Last year TVLine named Ted Lasso one of the 10 Best Comedies of 2020, while Sudeikis earned a Performer of the Week nod for the episode in which newly divorced Ted suffered a panic attack. TVLine readers gave both the freshman finale and Season 1 as a whole a rare average grade of “A+.”

Apple has yet to schedule Season 2 of Ted Lasso but is likely to debut sometime between September and November.

The post One of the top Apple TV+ shows last year was Ted Lasso and fans will be glad to know that Filming of Season 2 has begun appeared first on TechFans.