Welcome back to Tech Chronicle. We hope this fine newsletter figures into your long-term retention plan.

Even after covering the company for a couple of decades, I’m astounded by Apple’s capacity for doublespeak: “Dan Riccio begins a new chapter at Apple” is how the company announced Monday the exit of a long-serving executive from Tim Cook’s inner circle.

Cook and Riccio both arrived at Apple in 1998, part of the team co-founder Steve Jobs was assembling to reboot the troubled computer maker. Starting off in product design, by 2010 Riccio was overseeing iPad hardware engineering, a critical role at a time when the tablet was seen as Apple’s next big hit. He rose to oversee engineering for all of Apple’s key products. 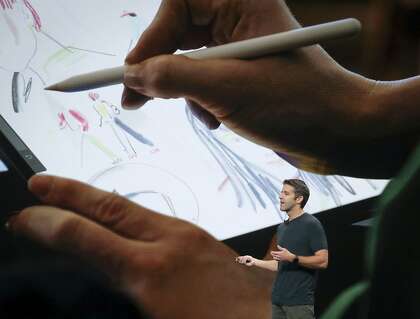 Riccio is now working on a “special project,” according to Apple, but is no longer on the executive team. A lieutenant, John Ternus, who played a key role in moving Apple’s Mac from Intel chips to its own silicon, has taken his place there.

Heading a special project reporting to the CEO is a soft landing, but it’s a comedown for someone whom others saw (and may have seen himself) as a candidate to succeed Cook.

Two years ago, I asked that very question: Who might come after Cook, who has had a matchless run building Apple into a monolith of American business? It wasn’t lost on anyone that a ten-year stock grant Cook received in 2011 expired this year. In September, Apple’s board provided an answer, granting him another million shares (currently worth more than $140 million) if he stuck around through 2025.

That bought Cook and the board some time to groom the likes of Ternus and other new additions to Apple’s innermost ring.

The most obvious candidate is Chief Operating Officer Jeff Williams, who gained responsibility outside the supply chain when he led the development of the Apple Watch. But Williams is not much younger than Cook, who turned 60 in November, and he is perhaps too obvious a choice for a company that thinks different.

Among the geek squad, besides the newly elevated Ternus, there is Craig Federighi, Apple’s software chief. Eddy Cue, who helped bring the iTunes Store to life, oversees Apple’s fast-growing services and media businesses. But Apple TV+ has been a disappointment, which could be a strike against him. 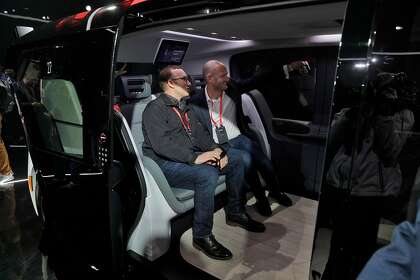 I’m intrigued by Adrian Perica, the rare dealmaker in Apple’s top ranks. In 2014, The Chronicle broke the news that Perica had met with Tesla’s Elon Musk, at a time when rumors were swirling that Apple might buy the electric-car startup, which was considerably less expensive then. Apple is still interested in cars, as is Perica; a Chronicle photographer spotted him a year ago at an event held by Cruise, the San Francisco self-driving vehicle company backed by GM. I doubt Perica is on the CEO track, but if he’s able to swing a transformational deal at a company that has historically been leery of big acquisitions, he’ll be one to watch. 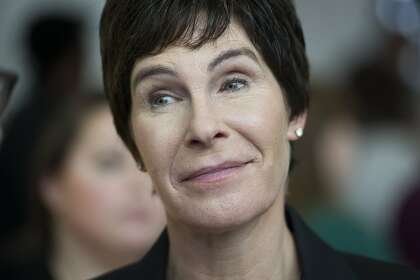 The coronavirus pandemic has brought one candidate to the fore: Deirdre O’Brien, Apple’s head of people and retail. From closing Apple’s lucrative stores in China as the disease first broke out there to keeping Apple Store workers safe as it became a worldwide epidemic to figuring out remote work and plotting the eventual return of Apple’s engineers to Apple Park, O’Brien has faced crucial decisions for the company in the past year. Steve Jobs wasn’t much of a technologist — co-founder Steve Wozniak said he “didn’t ever code” — but he knew not to waste a crisis, and I see that in O’Brien.

Quote of the week

“There’s all sorts of myths about Friendster that we were too early or that we ruined things by deleting fake profiles. And the reality is, the company just was not managed well, it did not execute well and none of that needed to happen.” — Friendster founder Jonathan Abrams, on the “Web Masters” podcast

Did I mention Apple and Tesla? The companies are announcing earnings Wednesday, as is Facebook.

Tech Chronicle is a weekly newsletter from Owen Thomas, The Chronicle’s business editor, and the rest of the tech team. Follow along on Twitter: @techchronicle and Instagram: @techchronicle

The post Who will run Apple next? appeared first on TechFans.