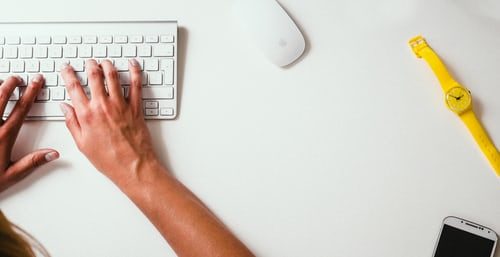 Touch typing is a method of typing without the use of the sense of sight, or simply by using muscle memory of all of your fingers to find keys. Typing 250 characters per minute is as easy as breathing. Why don’t you want to think of something and see how your thoughts appear on a screen immediately?

Touch system allows user to forget about the actual typing process and focus on text and own thoughts. Also:

The major problem with touch system is that you may pause on practicing, thus negatively effecting new skill. This is when TypeRacer comes into play.

Young programmer Alex Epshteyn created this game years ago. On the internet you can find many games synonymous with learning to type. Yet, TypeRacer goes beyond education and turns new skill into a sport. The idea is quite simple. Since typing is a skill that may and should be approved with practice, than people can go up against other gamers, similar to any athletic pursuit. What other games lacked was a multi-player mode, so Alex made a new typing game himself.

TypeRacer is a multiplayer browser game positioned as the primary multiplayer computer typing game on the internet. It may be useful for gamers and ordinary users willing to check their touch typing skills, at the same time competing with other players from all over the world.

In TypeRacer players compete by racing tiny cars that advance as the gamers type short passages that are 20 to 100 words long. Every typing error has to be corrected before the race begins.

Gamers type interesting fragments that come from well-known movies, songs and books, such as Monty Python, A Clockwork Orange, Holy Grail and so on.

You’ll see your result on the left side of the screen and every gamer has to compete for the maximum amount of words.

The game is free. You can enjoy TypeRacer any time and in any part of the world.

Of course TypeRacer is meant to find out how fast you type. Also, it’s an opportunity to practice in a fun way. This is still a game, however, and some gamers use TypeRacer hack in order to win. It appears that it is quite simple to hack the popular game and reach the fastest typing level.

It should be mentioned that those gamers who manage to type quicker than 100 words per minute, may be asked to pass additional typing test. It is not that simple because gamers have to type long CAPTCHA. Gamer has to beat with a similar amount of words per minute in order for the score to be considered valid.